I always like to highlight services, products, or posts that demonstrate how public libraries provide e-books and e-audiobooks to the public. As time passes by, I believe that there will be two sets of devices coming, those that work with public libraries to provide free e-content, and those that do not. Those that do will work with services like Overdrive and will understand that people still want to check out books for free. Those that do not will include products like the Kindle in which all their services are locked down and you need to pay to play (even for some free content).

One thing I have to say about books and reading. Not everything is online and not everything is in digital format. The only books that are freely available online (without having to go through a public library) are classics that are assigned in high school that most people hated then. There are very few places to get current, free, good books online and a public library is the biggest one. 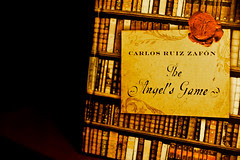 Image by ai.dan via Flickr
The Sony Reader can download free content from any number of sources. In particular, you can get the latest best-sellers for free from public libraries that use Overdrive. On another point, you can now begin to use iPods to collection content from there as well. As of July 1, iPods will work with almost all of overdrive content. It actually treats the audiobook download like an audiobook as opposed to the content provided like an album. (For instance, I downloaded the Moon is a Harsh Mistress by Heinlein and it is an MP3 broken into an album of 15 parts, all with 1 hour segments. If I played a song the last time I listened to the audiobook, it lost my place, very annoying. ) I just downloaded The Angel's Game by Zafon and it has it broken down like an audiobook on my iPod. Instead of one hour segments only, it has them in one hour segments and then broken down into 3-5 minute increment. That way, if I stop the book, I can easily find my place again, but then I don't have to, it remembers it for me.

E-books in libraries are the best way to combat any piracy. That's the next big issue of online

content. I also think it is ironic that Scribd will start selling e-books when that was one of the biggest book piracy sites available (not of their own doing of course). Many of the book piracy sites are going away now that more attention has been paid. Prior to researching the topic, I didn't realize that most of the books available through these sites didn't exist digitally before. There was no deal with the author or publisher; they were illegal. I think a lot of this can be stopped if more current e-books are available online through public libraries. They are the only medium that currently provides free content that is legal. I just hope that isn't taken away in the digital age. 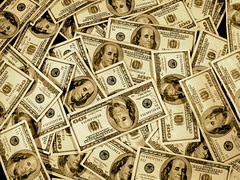 The NOFA (Notice of Funds for Availability) for the Broadband Stimulus package of $7.2 billion has been released. However, the strict definition of broadband will leave many organizations in need dead in the water.

The American Recovery and Reinvestment Act of 2009 has a great deal of focus on broadband in rural areas with $7.2 Billion intended to help the underserved. The probelm now is that the definition of broadband is one half of a T-1 line or 768 Kbps. This puts a lot of libraries out of the running. In my opinion, libraries were the key to making this connection.

If we have a public community building, with computer and internet access, in a place where there is limited or no connectivity, then provide money to a library that fits all the categories. I have worked in many rural areas and even the ones that are the most cut-off can muster this amount. Therefore, they get no money even though the potential for increased bandwidth that can lead to innovation and job creation is dashed by this restrictive definition. It hits hard because it is too low for the average library to qualify, but it cuts such a small window, that there will be no demand in those communities that ARE that low.

From this Gigaom article, One-Third of U.S. Doesn’t Have Broadband: 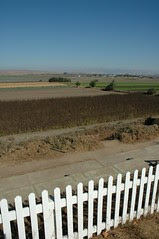 "The firm found that the more money a household has, the more likely it is to have a computer and broadband access (see chart). The study also revealed that only 4 percent of subscribers were unsatisfied with their broadband service, and about 29 percent would be interested in faster services. However, 37 percent didn’t feel a need to boost their speeds. In line with other surveys, Leichtman found that 3 percent of Internet subscribers say broadband is not available in their area. So in addition to policies encouraging the buildout of broadband infrastructure, the government should also be thinking about getting computers to lower-income homes and teaching folks the advantages that come with using broadband."

More articles have firmed up this argument:

"The report shows that some creativity will be required if we wish to capture the imaginations of those who have yet to engage with the benefits the internet may bring," he said.

"Some 43% of adults who currently do not have internet access would remain disconnected even if they were given a free PC and broadband connection." 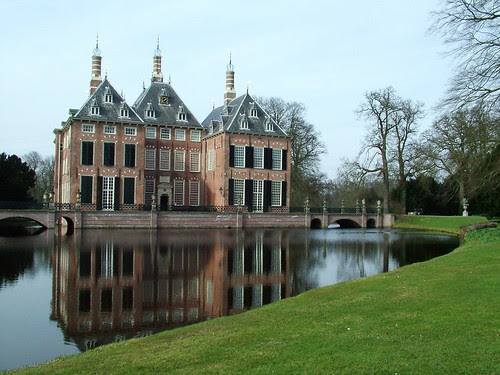 This debate is interesting because while many advocated for broadband in rural areas, those actually living in those areas are not creating a demand. Many Internet Service Providers are trying to drum up interest and demonstrate the need. Unfortunately, only communities that have an affluent section will probably get that broadband. They often are the ones that have broadband at home and want to increase their speed or have moved from an area where they had broadband and now they don't.

As a private citizen, I can get up to 18 mpbs at my house, but the local library may be only limited to 1.5, that's a big difference. As someone who uses the library, I would think the slow internet would be an embarrassment and wouldn't use it unless it was faster. As a private citizen using dial-up, I wouldn't know what you could do with faster internet. I may not even understand the difference. I would only know that if wanted to send photos to someone via email, it seems like it takes forever. Which brings up another post (humorous), Gigaom, Broadband Confession: I have Pipe Envy:

"However, my upload speeds are still miserable, at less than 512 kbps, and that’s what has me feeling like an outsider looking in when it comes to technology. Sure, I can talk the talk about broadband as a platform for innovation, and hype cloud computing, online backup and uploading video files. But whenever I attempt it, I have to shamefully set up my uploads for the nighttime hours while I creep off to bed knowing that, otherwise, sending the standard definition video clip of my daughter’s first haircut would cause my Internet connection and daytime productivity to crumble. Om feels my pain."

It seems that the demand would be created in reaction to a need. I may not understand the overall value of faster broadband, but it could realize it if day-to-day tasks are executed more quickly. It's difficult not to try to offer broadband everywhere, but it is further difficult to spend money in areas that don't demand it. Things should be equal, but the resource could be wasted. In the end, this legislation is about job creation. However, the only jobs that will be created will be the one time cost of laying down fiber. There aren't any additional jobs created by increasing my bandwidth. After that, the hope is the new faster internet can lead to innovation and opportunities to those in rural areas.